History of the Faculty

One of his successors, Blessed Augustin Kažotić (1303-1322) founded the cathedral school with “liberal arts” and theology, with an emphasis on Scripture studies and Patristic and Scholastic texts, departments.

Juraj Drašković’s (1563-1578) post-conciliar (Council of Trent) Seminary, the School of Humanities, and the Jesuit College (1633) on Gradec, with generous financial support of the Bishop Franjo Erghely (1628-1637) and the canon Nikola Dijanešević, who was the Arch-deacon of Zagreb’s Kaptol, all lead to the founding of the Academy (1662). On September 23, 1669 Emperor and King Leopold I inscribed the Academy, with a special charter, in general studies of the countries of the Habsburg Crown and gave it all university rights and privileges. On November 3, 1671 the imperial charter was ratified by the Croatian Parliament »salvis tamen iuribus et libertatibus Regni in suo vigore permanentibus«. The Programme from 1673 envisages theoretical and practical part of study in departments of philosophy, dogmatic and moral theology, which are gradually supplemented by departments of canon law (1726/27), controversy study (kontroverzistika) (1747/48), Biblical languages, Church history, and retorics (1757/58).

After the Jesuit Order has been abolished (1773), Empress and Queen Mary Theresa has re-structured Zagreb’s general study in the “Royal Academy of Science” with three faculties: philosophy, theology, and law.

From 1784 Faculty of Theology exists as a part of Zagreb’s Seminary on Kaptol. In 1953 Arch-bishop Juraj Haulik introduces in the Faculty, next to theological, a two-year philosophical study.

The session of the Croatian Parliament held on March 11, 1869 voted and accepted a legal article “on founding of a university in the capital city of Zagreb”, which charges the “Government to make the necessary steps so that the Arch-diocesan Lyceum would be restructured into the Faculty of Theology”. “With donations of the whole Croatian nation” the modern Croatian University was founded in Zagreb in 1874. According to the founding law from January 5, 1874 and the Emperor Franjo Josip I’s decree, issued three months later (May 5, 1874), the University “is to open the full (four-year long) Faculty of Theology”.

The initiator of the founding of the Croatian University in Zagreb was Bishop Josip Juraj Strossmayer, and its first Rector was Matija Mesić, a priest, a professor of Croatian history and history of law at the Faculty of Law.

There was a significant reorganisation of the teaching plan of the Faculty of Theology in 1935, in accordance with the demands of the Apostolic Constitution “Deus Scientiarum Dominus”. The new “ratio studioroum” was confirmed by the Congregation for Seminaries and Universities in 1937, which made the Faculty of Theology in Zagreb equal to ecclesial universities, recognised by the Holy See, in the whole world.

At the beginning of 1952, Government of the PR of Croatia issued a decree on abolishment of the Roman Catholic Faculty of Theology as a faculty of the University of Zagreb.

In the year 1990, after democratic changes, the then Executive Council of the Parliament of the Republic of Croatia proclaimed the decree of the Government of the PRC from 1952 to be null and void. With this proclamation all acts of the Roman Catholic Faculty of Theology (diplomas, titles of professors, etc.) that have been valid, from 1952 until 1990, only pro foro ecclesiastico, became valid pro foro civili as well, with all legal consequences this carries in the civil area.

The contract makes it clear that the Faculty is a very specific academic and ecclesial institution, whose staff policy, management election, formulation and confirmation of programme, financial policy, and structure of the Faculty are discussed at the University level, but also receive opinion and confirmation form responsible ecclesial institutions.

The Faculty has ceased to be a tenant of the Arch-diocesan Theological Seminary since 1998 when it moved to a new building in Vlaška Ulica 38 in the centre of Zagreb.

Catholic Faculty of Theology of the University of Zagreb 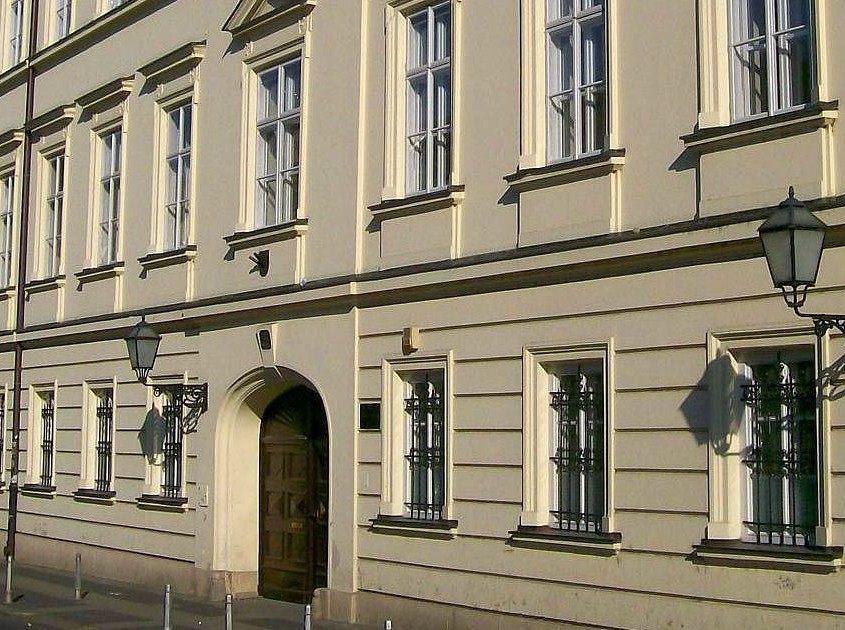 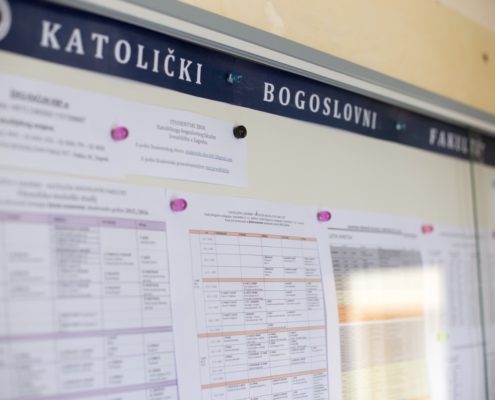 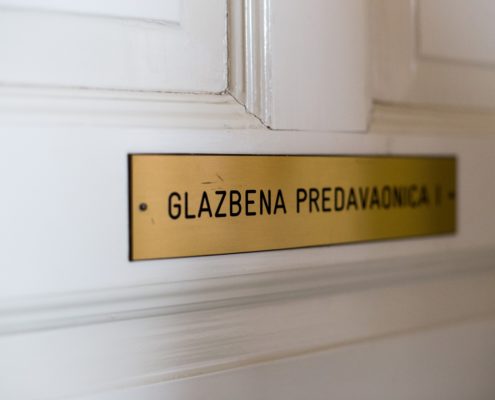 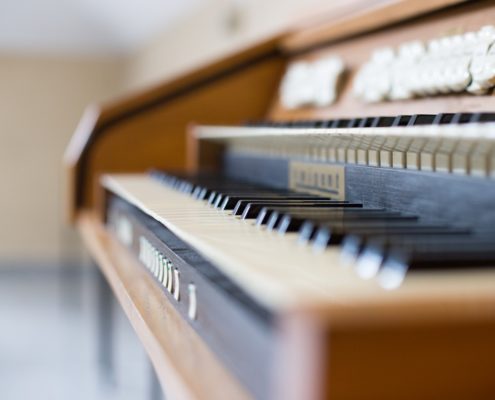 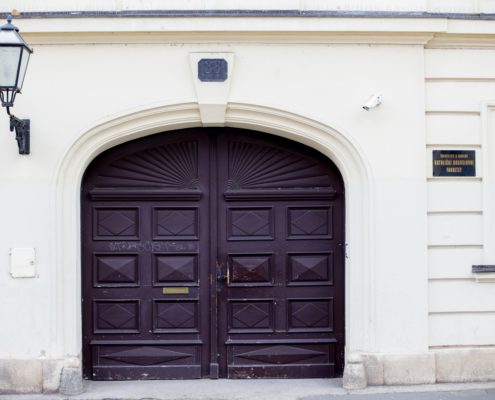 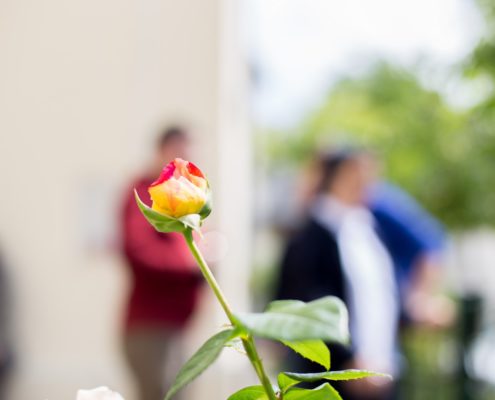 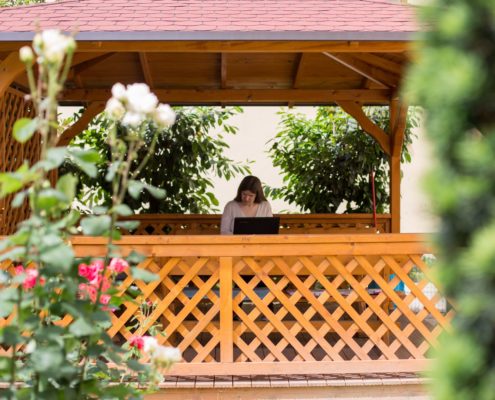 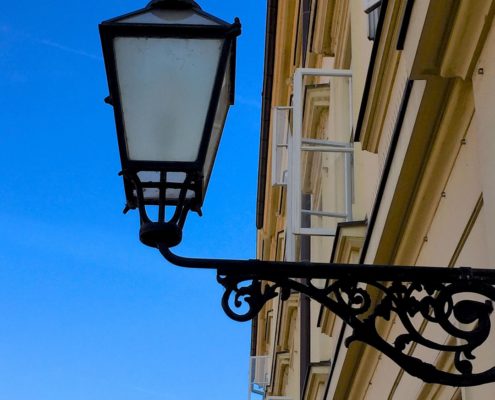 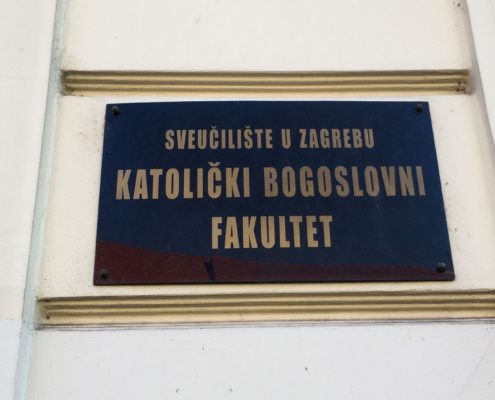 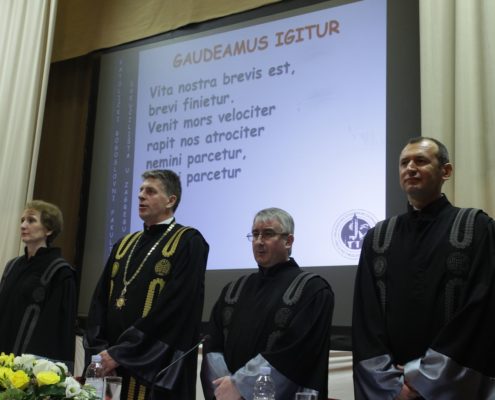 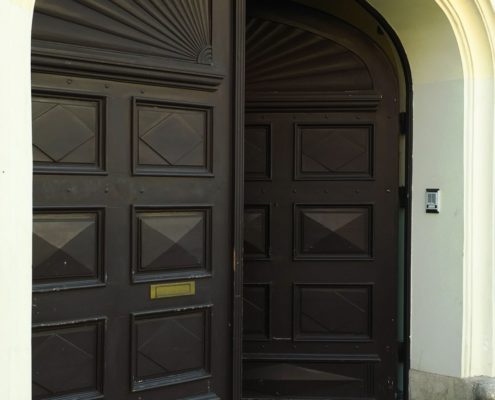